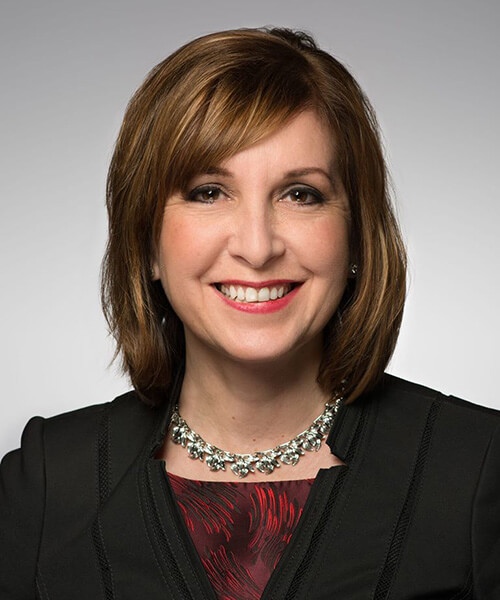 Kelly Mitchell was elected as the 55th Treasurer for the State of Indiana on November 4th, 2014. In this role, Treasurer Mitchell serves as the Chair of the Indiana Bond Bank, the Statewide E-911 Board, the Indiana Education Savings Authority, the ABLE Authority, and as the Sole Trustee of the State Police Pension Trust among a number of other positions. As the Chief Investment Officer for the State, she is responsible for the management of approximately eight to nine billion dollars on a daily basis.

For seven years prior to becoming Treasurer, Kelly Mitchell worked in the Treasurer of State’s Office as the Director of TrustINdiana, Indiana’s local government investment pool.

Treasurer Mitchell holds a B.A. in Political Science from Valparaiso University and a M.A. in Philanthropic Studies from Indiana University – Purdue University, Indianapolis (IUPUI). In 2018, the Treasurer received an M.A. in Strategic Studies from the U.S. Army War College. She is an alumna of the Richard G. Lugar Excellence in Public Service Series. During the summer of 2015, Treasurer Mitchell completed The Commandant’s National Security Seminar at the U.S. Army War College in Carlisle, Pennsylvania. She has also been selected to participate in the Aspen Institute’s Rodel Fellowship in Public Leadership. The Treasurer was awarded both the Sagamore of the Wabash by then-Governor Mike Pence and the 2016 Torchbearer Award by the Indiana Commission for Women. As Treasurer, she sits on both the Legislative Committee and the Financial Education Committee of the National Association of State Treasurer’s (NAST) as well as on the Executive Committee of the College Savings Plan Network (CSPN). Treasurer Mitchell is also a member of the State Financial Officers Foundation where she serves on the Executive Committee. Treasurer Mitchell resides in Indianapolis, with her husband Larry, and they have a blended family of four children and two grandchildren.

Boards & Commissions of which
State Treasurer Kelly Mitchell is a member: