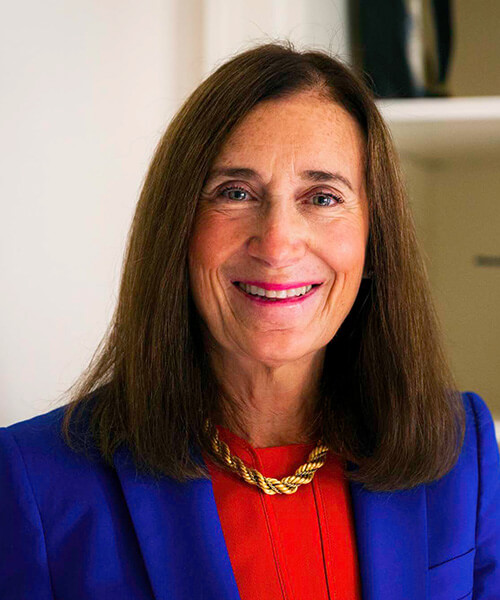 Deborah B. Goldberg is the Massachusetts State Treasurer and Receiver General. In that role she is responsible for the state’s cash and debt management, unclaimed property, and chairs state boards and commissions, including the Massachusetts School Building Authority, the Pension Reserves Investment Management Board, the State Board of Retirement, Massachusetts State Lottery Commission, and the Massachusetts Clean Water Trust. In 2015, she established the new Office of Economic Empowerment, the first of its kind in the country, and chairs its Economic Empowerment Trust Fund. Treasurer Goldberg also was elected to serve as Senior Vice President of the National Association of State Treasurers.

As a former businesswoman and local elected leader, Treasurer Goldberg brings innovative leadership, disciplined fiscal management and an unwavering commitment to uphold economic stability and create opportunity for every Massachusetts resident. Treasurer Goldberg served for six years on the Brookline Board of Selectmen, including two as its Chair. Prior to her career in public service, she worked in retail operations, buying, and consumer affairs at The Stop & Shop Companies, Inc.

Treasurer Goldberg is the President Emeritus of Adoptions with Love and serves on the Advisory Board of the Greater Boston Food Bank. She was one of the founders of Berkshire Hills Music Academy, a school for individuals with intellectual disabilities, is a trustee emeritus at Beth Israel Lahey Health, and a Director at Affiliated Physicians Group / Beth Israel Deaconess HealthCare. Treasurer Goldberg has been actively involved with numerous philanthropic activities, including The Grow Clinic, the 100 Club, Planned Parenthood League of Massachusetts, and the Combined Jewish Philanthropies.

A graduate of Boston University, Boston College Law School and Harvard Business School, Treasurer Goldberg lives in Brookline with her husband Michael Winter and their son, Evan, and daughter, Meredith.