Celebrating the 32nd Anniversary of the Americans with Disabilities Act   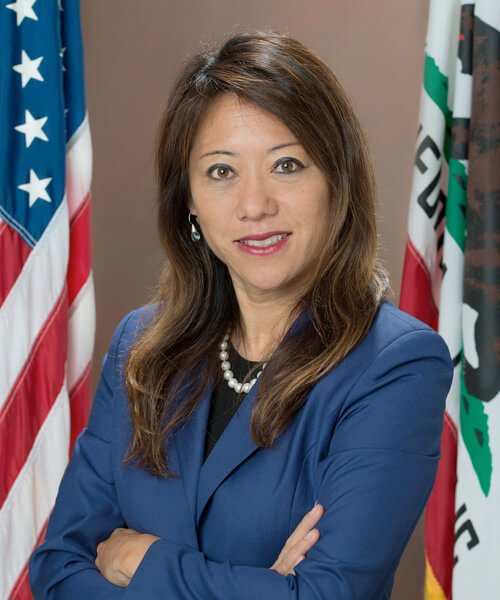 Celebrating the 32nd Anniversary of the Americans with Disabilities Act  
July 28, 2022
Treasurer
State of California

July 26 marks the 32nd anniversary of the Americans with Disabilities Act (ADA). The ADA was passed and signed into law on July 26, 1990, and prohibits discrimination against people with disabilities in employment, transportation, public accommodations, communication, and access to state government programs and services. This law quite literally opened the door to accessibility and inclusion for people with disabilities by requiring businesses and governmental entities to accommodate individuals of all ability levels when entering buildings and accessing services.

On December 19, 2014, The Stephen Beck, Jr. Achieving a Better Life Experience Act (ABLE) was signed into law.  Beyond opening the doors for people with disabilities, the ABLE Act was designed as a tool for full inclusion, enabling people with disabilities to achieve the financial means for full participation in society. ABLE seeks to alleviate the financial burden that individuals with disabilities face through the creation of tax-free savings and investment accounts that operate similarly to 529 college saving plans. ABLE programs allow federal benefit recipients to save beyond the resource limits that prevent individuals from accumulating assets that help them develop financial resiliency. ABLE has provided many people with disabilities the opportunity to save and invest for the first time, allowing them to plan for their futures.

Currently, 46 states and the District of Columbia offer a total of 49 ABLE plans that have allowed more than 119,599 individuals to save over $1.1 billion. The ability to save has been life changing for account holders. As a national effort to expand ABLE, the National Association of State Treasurers (NAST) is working to develop the ABLE Savings Plan Network (ASPN). This will allow ABLE programs to better collaborate on national efforts to ensure the success of the burgeoning ABLE industry.

NAST, through ASPN, is leading the work in promoting greater adoption of ABLE accounts for those who are currently eligible to open accounts. Lack of awareness of ABLE and confusion around eligibility are barriers to more widespread adoption of ABLE. To address this, the National Association of State Treasurers Foundation (NASTF) and the Wells Fargo Foundation are partnering to launch the National ABLE Awareness Initiative, “ABLE today” to promote the use of ABLE plans.  This campaign will support ABLE programs across the country through outreach, partnership development, and increased visibility of ABLE accounts in the disability community. NAST seeks to define and promote ABLE by creating committees dedicated towards working directly with entities that support individuals with disabilities such as the Social Security Administration, benefits providers, and employers. ABLE today launched a website serving as a repository for information on ABLE accounts, state ABLE programs, general resources such as ABLE videos, and initiatives such as the NAST ABLE Employer working group.

NAST has been instrumental in advocating for the passage of the ABLE Age Adjustment Act,  to broaden the ABLE-eligible population. Currently, only individuals with disabilities that began before their 26th birthday are eligible to open ABLE accounts. This age limit prevents millions of Americans with disabilities whose onset of disability occurred after age 26 – including many disabled veterans – from reaping the benefits of ABLE accounts. The passage of the ABLE Age Adjustment Act will extend this age limit and confer ABLE eligibility to individuals who acquired qualifying disabilities by their 46th birthday. In June, the ABLE Age Adjustment Act’s (H.R.1219 and S.331) chances for passage received a significant boost by being included in the United States Senate version of the EARN Act, authored by Senator Bob Casey (D-PA). This bill, which features several retirement reforms, is an important priority for the Senate and is likely to move forward during this congressional session. In the United States House of Representatives, we are working closely with the House bill sponsor, Representative Tony Cardenas (D-CA) and the Ways and Means Committee. Once it passes through both Houses of Congress, the bills will then go through a reconciliation process before they are sent to the President for his signature.

Last Fall, Representative Cardenas and I participated in a town hall discussion addressing the importance of the ABLE Age Adjustment Act. As part of that event, we invited Laura Southers to share her story on the personal impact the ABLE Age Adjustment Act would have on her life. Laura became disabled due to a car accident which occurred a few months after her 26th birthday, making her currently ineligible to open an ABLE account. She is unable to work and relies upon government benefits to meet her basic living expenses. She still envisions an active life despite excess costs and many financial challenges of living with a disability. Laura shared how she would like to begin saving in order to travel and continue her interests in photography, but is currently limited by the resource limitations that prevent her from accumulating more than $2,000 in savings. If she becomes eligible to open an ABLE account she can save up to $16,000 per year, and $100,000 total, without impacting her benefits at all.

Approximately 6 million more people with disabilities would become eligible to open ABLE accounts when the ABLE Age Adjustment Act passes. The ABLE track at the NAST Treasury Management and Training Symposium in June featured the voices of others who would be affected by this change in the law as well, including disabled veterans who do not meet the current age requirement for eligibility.

The disabled community has long been underserved. Research by the National Disability Institute (NDI) shows that households containing an adult with a disability must earn 28% more income to obtain the same quality of life as households that do not have an adult with a disability. NAST hopes to bridge this gap by promoting ABLE and expanding outreach, leading the way in encouraging ABLE eligible individuals to become ABLE account holders and laying the groundwork towards full inclusion for people with disabilities.